Many would probably ask why he did it. Why close down a celebrated gourmet restaurant to open a small garden café in the park next door? But chef Tareq Taylor, a Skåne native with Palestinian-English roots, has always preferred to be as close to his guests as possible.

His father is from Palestine, his mother is half Swedish half English. As for him, he is currently living in Lomma, just north of Malmö. He is one of Skåne’s most popular and Sweden’s most famous chefs.

We meet in a photo studio on Monbijougatan in Malmö. While chopping up an impressive amount of celeriac, he tells us about his next cookbook, which is coming out in April 2017.

“I really want my recipes to be user-friendly. So I write and make adjustments to the recipes as I cook to make sure the reader gets exactly the same results as me.” 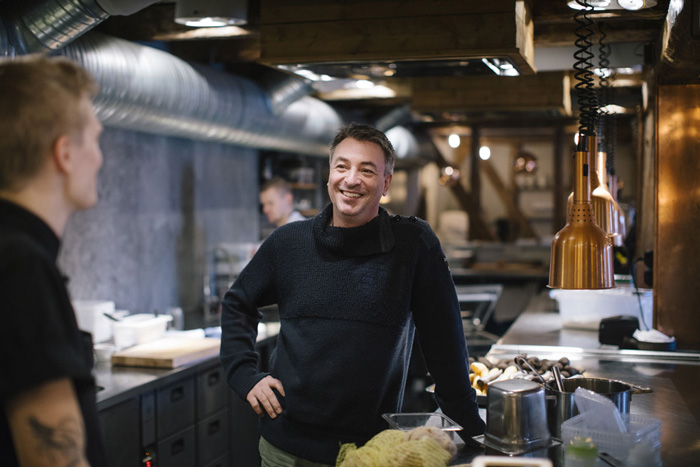 With his restaurant Trappaner, he was one of the restaurateurs in Skåne who came to personify the fine dining trend of the early 2000s with seven-course meals and stripped-down, minimalist presentations on the plate.

But what Tareq actually wanted to do was something else. He wanted to get closer to his guests. So to the surprise of many, he decided to close Trappaner and open a café in Slottsträdgården in Malmö instead. In a small, grey house by the park gardens, he would no longer be serving thousand-kronor menus, but lunches and snacks that made use of ingredients offered by the neighbouring gardens. The weather permitting, guests sit outside by the canal, and on windy days they can go down into the renovated, partly submerged greenhouse next to the café.

This is where the journey from gourmet chef to Swedish household name really began. Today, millions of Swedes watch him every week on SVT’s garden program Trädgårdsmåndag, in which he and his co-hosts Pernilla Månsson Colt and John Taylor (Slottsträdgården’s gardener) cook, renovate houses and work the rich Skåne soil.

With Tareq Taylor’s Nordic Cooking, he has spread the Nordic culinary heritage to more than 115 countries. And the Skåne heritage too, of course. In one episode, he visits Kristianstad to cook organic beef with Jerusalem artichokes, a name that also ties into his heritage.

“The Scanian soil is truly a passion of mine. I always make sure to focus on what’s local. Skåne, which has the best arable lands in Sweden, is really important to me, of course, and there is so much going on here at the moment when it comes to artisanal food. Before, I have felt that more was happening in other regions, but it has really taken off here now.”

The close connection between gastronomy and local farms is a key factor for Skåne’s success as a culinary region:

“If you look at countries like Spain and Italy, they are really good at maintaining and developing their knowledge about local products and quality, which makes them strong competitors in terms of food products and as tourist attractions. We’re headed in that direction in Skåne as well, and that will make us increasingly interesting in a wider context.” 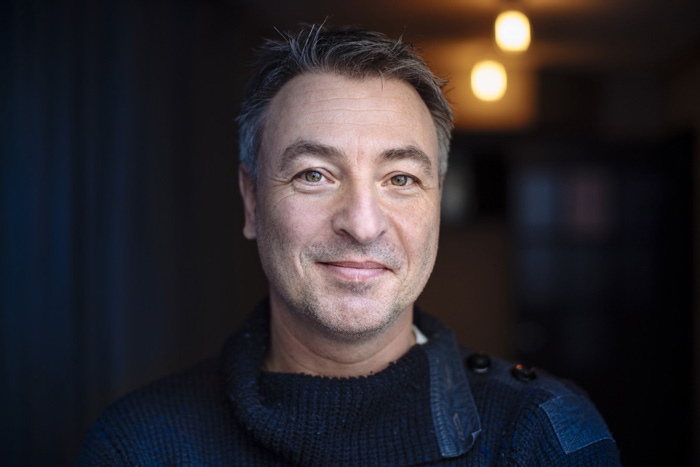 Tareq’s foreign background adds another dimension to his love of the Skåne soil :

“I use my background to spice up my recipes. Thanks to all the different nationalities in our region, everything that is grown and produced here can get a very interesting flavour. I really appreciate that.”

The proximity between producers is also increasing, which allows new collaborations and ideas to emerge.

“There’s a lot going on, to say the least. There’s a whole range of new products that we didn’t have fifteen years ago; take Skåne wine for example. There are truffle farms, more calvados makers, more microbreweries, more people marinating and smoking food. “Surtanten” and all her different preserves is an excellent example,” says Tareq, referring to the celebrated Skåne food company Surtantens Syrade, which is run by a true enthusiast in Jenny Neikell.

The service at Slottsträdgårdens Kafé is dependent on the season, and Tareq therefore recently opened another restaurant: Kockeriet. In an old granary at Norra Vallgatan in central Malmö, he was able to supplement his garden café with yet another meeting place.

“Last summer, we set up a big barbecue in the middle of the terrace, we had live music and then invited a bunch of people of all ages, without really setting any rules. It was more of a silent agreement between us and the guests that we would just be there together and cherish this thing. It was really mellow.”

He finished chopping the celeriac a while ago. He is leaning over the cutting board, saying:

“Gastronomy can sometimes be a bit exclusive, but I’m convinced that we are headed in the opposite direction here in Skåne. Inclusion is the future.”

What is the essence of the Skåne brand? We believe that the best way to describe the Skåne brand is to have people who are passionate about it share their unique stories. We have therefore interviewed a number of people with completely different relationships to Skåne, who all have an exciting story to tell. Feel free to cite these interviews and download the images below to continue marketing our amazing Skåne.

Advertisement cookies are used to provide visitors with relevant ads and marketing campaigns. These cookies track visitors across websites and collect information to provide customized ads.